A dozen of large races or populations (genetic clusters) have emerged as a result of geographical isolation. The differences between these races, both physical and intellectual, are attributable to climate. As they progressed northward, men were confronted with increasingly harsh temperatures, producing an increasing gradient of selective pressure leading to an increase in cranial capacity, IQ, and altruism.

The climate and the second ice age (Würm period between -30,000 and -10,000) … major factors of intellectual variation between races.

The explanation of racial differences in intelligence, now widely accepted, is that man has evolved from equatorial East Africa. Some 100,000 years ago, some groups migrated north, to North Africa, then to Asia and Europe. These groups encountered a difficult environment in which there were no plants or insects to feed all year round, so they had to hunt large animals like mammoths for their food. They also had to heat themselves and so they had to learn to make clothes and shelter. These problems became even more important during the Ice Age, which began about 28,000 years ago and lasted until about 11,000 years ago, turning all of Eurasia into a sub-Arctic region. All of these challenges required higher intelligence. Only the most intelligent have been able to survive in these harsh environments while the less intelligent have perished, which has gradually increased the frequency of alleles for high intelligence in the northern hemisphere (for details of genetic processes, read the paragraph Genetics of intelligence) 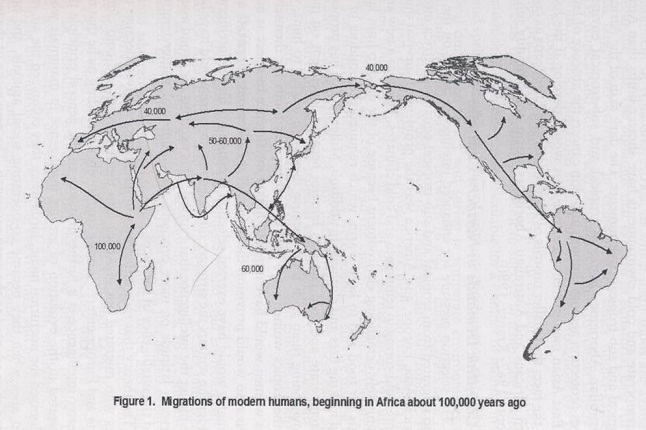 A visible result is that brain size in Europe and East Asia has increased to account for the greater intelligence needed to overcome these problems. The pelvis has also expanded, to allow the passage of larger brain at birth. East Asians have the widest pelvis, followed by Europeans. Africans have a narrower pelvis. The anteroposterior diameter of the pelvis is 103 mm on average in Africans, against 118 mm in Europeans. 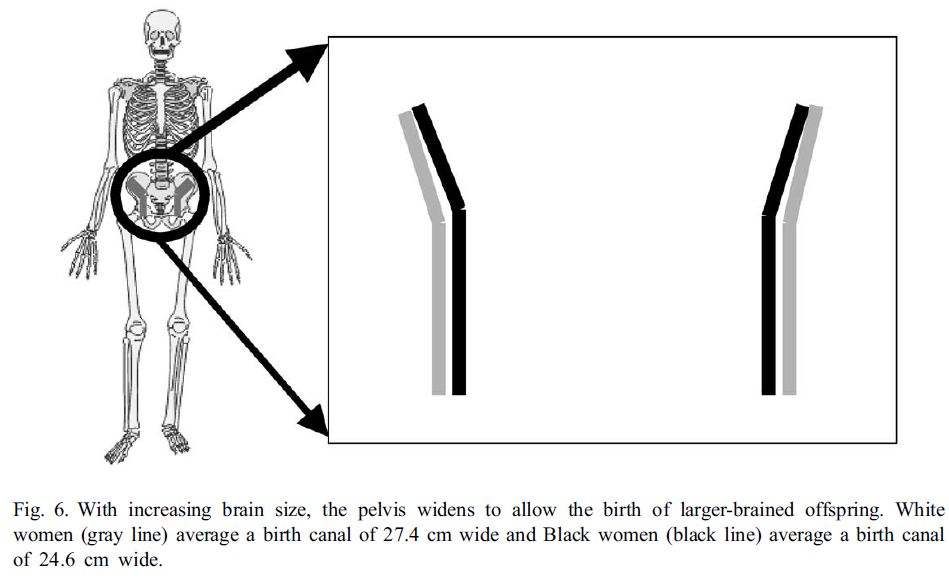 Würm temperature indicates the temperature during the second ice age, which was the main catalyst of intelligence (see chapter Evolution of intellectual differences)

The case of the Arctic People.

For a high intelligence to have developed, it tooks two parameters:

-Selective pressure, the cold.
-A large number of population, sufficient to see advantageous mutations appear followed by their selection by natural selection.

Arctic People have always been a small population. At the end of the twentieth century they were only about 56,000, compared to about 1.4 billion Asians (!). Although it is impossible to accurately estimate the population size during the main glaciation, there is no doubt that Asians far outnumbered the Arctic peoples. The effect of the difference in size of the population was that advantageous mutations for a greater intelligence were much less likely to appear in the Arctic People. However, it is interesting to note that they have the largest cranial capacity, pointing to evolutionary processes at work. The period of Würm or period of main glaciation exerted the most important selection pressure. Temperatures in Eurasia fell well below 0, turning the continent into an area close to the current Arctic. In East Asia, the cold was such that East Asians developed a layer of subcutaneous fat, giving them that yellowish appearance. Their eyes evolved to minimize the blinding reflection of the sun in the frozen expanses. Europeans and East Asians also have smaller arms and shorter legs in relation to the trunk, compared to Africans, this being an adaptation to the cold. The increase in brain size, IQ and altruism (for better cooperation) was also an adaptation to the cold climate because these three traits were more necessary for survival in these environments.

National IQ as a Function of Latitude 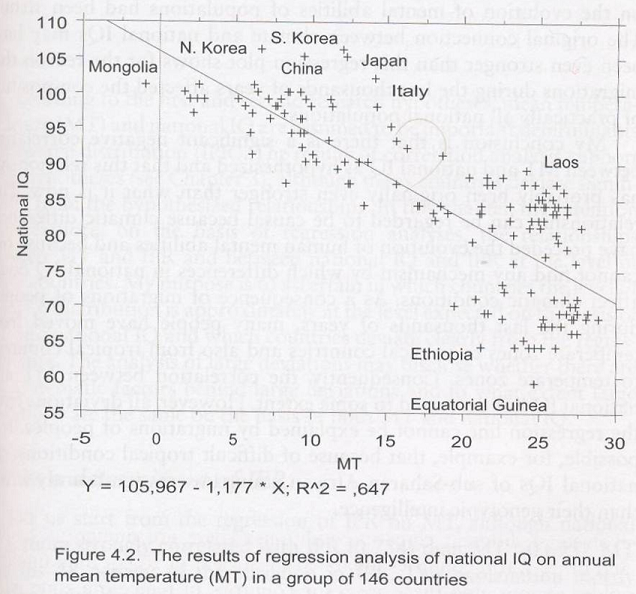 Montesquieu is the first to report this phenomenon of increase, in what he calls the “quality of civilizations”, gradually increasing from south to north, in “The spirit of the laws -theories of climates-”

Indeed, as explained by Montesquieu, a gradient shows an increase from south to north for three traits: IQ, brain size and level of altruism.